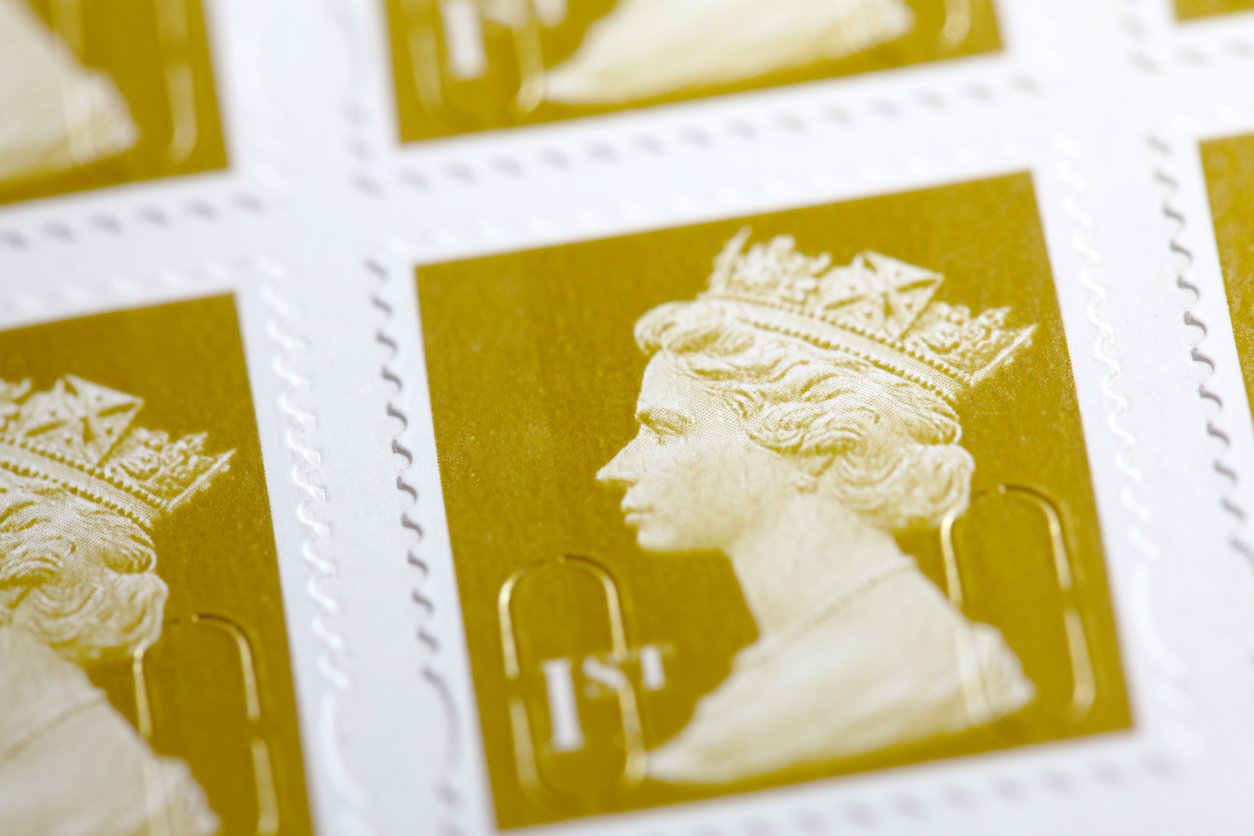 Royal Mail Stamp Price Increases – How Much Will Stamps Cost in 20 Years?

Royal Mail recently increased the prices of 1st and 2nd class stamps, causing widespread outrage due to the significant price increases, especially given the high cost of living in the UK. With prices due to rise further, how much will we be paying for stamps in 10, 15, and 20 years’ time?

In this post, we’ll look at the postage price trend of the last 20 years, and project it to the next 20. We will also discuss the reasons for the recent increase, and what Royal Mail has to say about it.

Below is a graph that illustrates the yearly increase in Royal Mail first class stamp prices. At 28p in 2003, we can see that prices have more than tripled in the last 20 years. Some years also saw far larger increases than others. The graph also illustrates that this latest increase was not very different from the previous year, which saw an increase of 9p.

According to the average price increase and inflation, we estimate that stamp prices will increase from £0.98 in 2023 to £6.74 in 2042, in 20 years time. This will mean that prices will surge by almost 7x its current price. Below is a graph showing the steady increases that we expect for Royal Mail stamps.

Second class stamps have had a more consistent price increase pattern. These prices have changed from 0p to 4p, but never more than that.

Second Class stamps have experienced a much slower increase than their counterparts, and we expect this trend to continue over the next 20 years. From £0.70 in 2023, you can expect these stamps to rise to £1.59 in 2043, which is only a bit over double the price.

How Much Did Royal Mail Stamp Prices Increase in 2022?

In May of 2022, the price of a first-class stamp rose by 10p to 95p. Second class stamps also increased, by 2p to 68p. This means that Royal Mail stamp prices have more than doubled since 2010 when they cost 41p and 32p respectively.

This was the biggest price increase since 2012, when Royal Mail raised first class stamp prices by 14p, and second class stamps by 4p.

Why Did Stamp Prices Increase in 2022?

A few reasons have been given for this price increase, which goes beyond inflation. According to Nick Landon, Royal Mail’s chief operating officer, they need to “carefully balance our pricing against declining letter volumes and increasing costs of delivering to a growing number of addresses six days a week”.

In other words, Royal Mail is aiming to cover higher delivery costs (fuel price increases, further travel for more addresses), while fewer letters are being sent.

In addition to this, unionised staff have been pushing for an inflation-based pay rise to match the rising cost of living. While the company hasn’t cited this as a reason for the rise in prices, we can assume that these higher costs will have an effect on the company’s products.

Back to the news